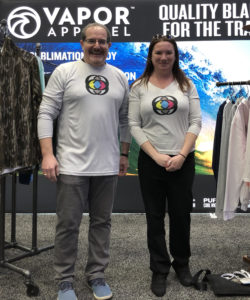 Just a little less than three years ago, ColorCasters was born and we came out of the gates hot. We grew at a rate I hadn’t imagined. I became that guy who took weeks to respond to your emails that were not directly related to the next consulting gig or training class. We grew from two people with a dream to a team of three full-time folks all making a decent living. Sigh, that was then.

On March 18, 2020, that crazy pace and growth rate ran into a metaphorical brick wall. Why that date? It’s the date we flew home from our last consulting gig. It’s the day after which all our future in-person consulting, speaking and training opportunities were either canceled or put on hold. In those first few days at home, we didn’t yet realize how severe this would be. Of course, we suspected that it might be bad and began to plan for the worst. And then the worst happened.

I was a guy who spent more than half my life in hotel rooms. That’s right. I averaged 185 or more nights a year away from home. That’s where this business was built to be. We were meant to be on site with clients who need and love the services we provide. We were mean to be in front of workshop groups teaching what we know. We were meant to be on the stage at trade shows and conferences speaking. That was our life: Doing what we love in the service of those who love what we do.

Even now, 30 days later, it’s not easy to come to grips with that being gone. Hopefully, it won’t be forever, but who really knows? Part of planning for the worst has become a realization that the world will likely never look the same. I believe our on-site consulting business will return sooner rather than later. We’re very good at what we do and have built a loyal customer base. As far as the in-person training and the trade shows? Your guess is as good as mine, but it’s going to be awhile before that becomes part of our business model again.

In the short term, we’re taking some of what we do online. It’s not the same, but different is neither worse nor better in this case. It’s just different. My business partner, Shelby Sapusek, and I have created the Jim and Shelby Show. It’s grown from nothing to having the third episode in the works. (Take 30-seconds to go watch the video preview for this event, you’ll thank me.) We’ve put on two free pop-up color sessions. We’re doing this all via Zoom meetings for now.

The best content will have a cost. Why? Because free has never been part of our business model. The knowledge we provide has value. We aren’t here to sell you printers, ink or media. We’ll let those folks put on the free webinars. And many of those are great. Ours, however, are noncommercial. We’re doing this to have fun and stay engaged. With sessions starting at $20, we’ve kept it affordable. Trust me, no one is getting rich. We’re working to pay a few bills.

This will grow into a monthly membership in the next couple of weeks. You’ll still be able to sign up for individual events and attend those live or access the recordings. We’ll be adding the option to subscribe on a monthly basis and have access to all the new and existing content we create. Also, several bonus features will be available only to monthly subscribers.

We plan to keep doing the Jim and Shelby Show even after we get back out on the road. The cool thing about this model is we can create these from any hotel room with a decent internet connection. The time of the live events might change to after business hours, but the recordings can still be watched at your convenience anytime.

We are here to help. We’ve been answering color questions via email and text and even Zoom or TeamViewer meetings for the last month. If it’s simple and quick, the charge is zero dollars. If it gets more involved, we’re going to ask you to help us cover our expenses. Again, no one is getting rich here right now. We’re just trying to survive and we will.

We’re moving ahead with our June Color Management Boot Camp. It’s very unlikely it will take place in-person at Mimaki’s Milwaukee location as originally planned. Instead, it will happen online with some adjustments to the pacing and handling of the hands-on portion of the class.

We’ll be working to create more blog posts like last week’s Is The Print Industry Essential? Olympus Group Proves That It Is featuring those who are innovating and pivoting in the sign and graphics market.

Finally, we have a really cool plan in the works to release a product or products to help with those trying to emerge into a working economy again. Until we’ve confirmed our raw materials have been shipped and are on the way to us, I’m hesitant to share more than that. But stay tuned because we plan to announce this as soon as the end of this week!

Most of all, stay tuned and let us know how we can be of service to you today!

This site uses Akismet to reduce spam. Learn how your comment data is processed.

Please provide the information requested below so we can periodically send you industry updates and information regarding our new products and services.